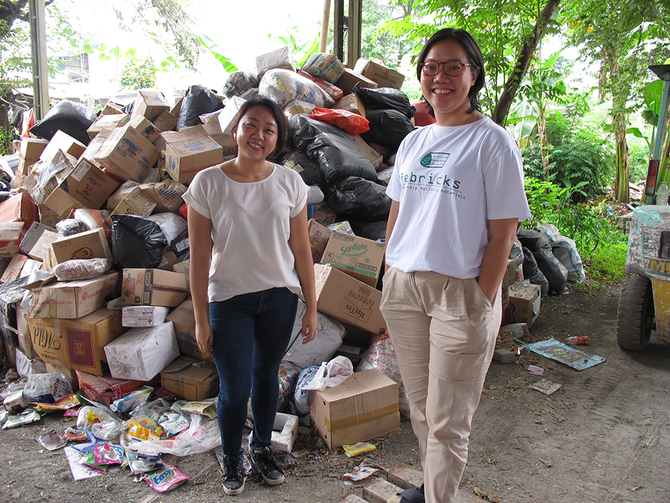 Several piles of bricks lie scattered on the floor of the Rebricks factory workshop. However, these are not made from clay or shale, but from recycled finely shredded plastic.

On the other side of the factory is a mountain of plastic waste covering a 1,000-square-meter area waiting to be shredded into pieces before being mixed with other elements to make the plastic paving blocks.

Rebricks co-founders, university friends Ovy Sabrina and Novita Tan, said the idea to create “a competitive product” arose from the need to do more with “rejected plastic.”

“We wanted to show that we could make a competitive product from rejected plastic and (not just) extend the life of the waste,” Sabrina told Arab News.

The duo spent a year and a half experimenting with various formulae until they finally nailed the perfect recipe and were “confident enough to start production” in November last year.

These types of materials are usually rejected by community-operated waste banks or recycling centers who find it difficult to separate the layers of plastic and aluminium, and are instead dumped in landfills and rivers, thereby polluting the environment.

“We do not want to create a new problem such as micro-plastic that will pollute the soil when our bricks broke,” Sabrina said.

Indonesia is the second-largest marine pollutant in the world, producing 3.2 million tons of plastic waste in 2010 with around 1.29 million tons of that ending up in the ocean, a study led by Jenna R. Jambeck from the University of Georgia in 2015 showed.

According to a report released by the Environment and Forestry Ministry in February this year, Indonesia’s plastic waste production has risen about 5 percent annually in the past 20 years, while 21 out of 34 provinces in the country have issued policies to optimize their waste management strategy and support a national roadmap for a zero-waste target by 2025.

In addition, 30 regional administrations have banned single-use plastic to encourage changes in public consumption and behavior.

Realising that change can only be made brick by brick, Sabrina and Tan said they soon got to work and took their proposal to members of Sabrina’s family who own the factory where Rebricks is now housed.

Today, Rebricks uses 88,000 pieces of multilayer plastic to produce 100 square meters of bricks and has been approved by Indonesia’s industry ministry’s Center for Material and Technical Product, the government body in charge of certifying industrial products.

Sabrina said that a paving block made using these bricks “can withstand up to 250 kg of weight per square centimeter,” making it ideal for use in parking lots, driveways or pedestrian sidewalks.

Similar initiatives have also sprung up across the archipelago.

In tourism hot-spot Bali, a community-led non-profit group named Get Plastic has launched a machine which turns plastic into fuel, offering a solution to Indonesia’s waste problem and its high dependence on imported fossil fuel.

“The next generation must no longer struggle to find a solution to end this waste problem,” Dimas Bagus Wijanarko, Get Plastic’s founder.

“We need to address it now so they will have the time to increase their competence, or even to find ways to live on the moon.”

Wijanarko said he began the research in 2014 to employ the pyrolysis technique and convert plastic into fuel.

He said the technology, which involves thermal decomposition of waste in the absence of oxygen, is “cleaner” than a waste incinerator which emits toxic gas during the process.

“Results of a lab test by Sucofindo (the state-owned inspection and audit firm) showed that our fuel has the same quality as conventional diesel fuel but with far lower carbon residue,” Wijanarko said.

Like Rebricks, Get Plastic focuses on using rejected waste such as noodle packages and plastic shopping bags as its primary materials, with each of its machines having the capacity to convert 5 kg of plastic into 5 liters of diesel fuel and kerosene within three hours.

The group is collaborating with other communities to expand the impact of the machine, including with the award-winning Rumah Hijau (Green House) community in Pramuka Island, Thousand Islands regency, Jakarta.

Rumah Hijau’s founder, Mahariah Sandri, said that the machine “has helped to reprocess significant amount of plastic waste” collected from households and the sea surrounding the island since it was installed in September this year.

“It is a great addition to existing activities at Rumah Hijau which had been limited to prolonging the life of certain plastics while the rejected ones continue piling up,” said Sandri, who won the prestigious Kalpataru award from the Environment and Forestry Ministry in 2017, for raising awareness of responsible waste management.

She said that such solutions, as well as improved waste management programs, were “much needed to tackle the rising volume of waste” in the area, especially after Thousand Islands regency being designated as one of the government’s 10 priority tourism spots.

Wijanarko said that the community is planning a trip to other islands that are on the government’s list.

“It will probably be the world’s largest trash cleanup activity: 10 people in vehicles fueled by plastic go on a more than 1,000 km journey to collect and recycle waste,” he said. 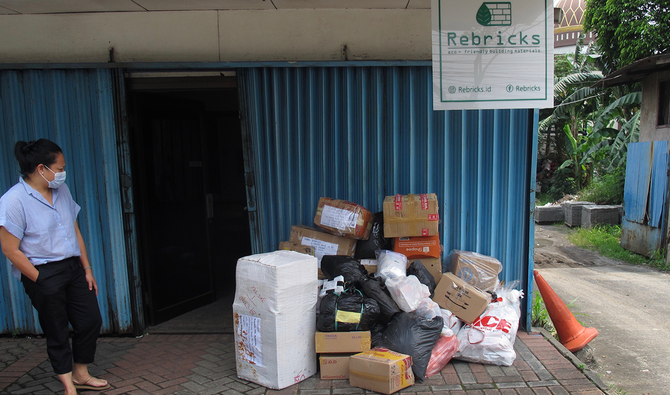 Packages containing plastic waste from all over Indonesia in front of Rebricks workshop in southern Jakarta. (Credit: Shinta Eka Puspasari) 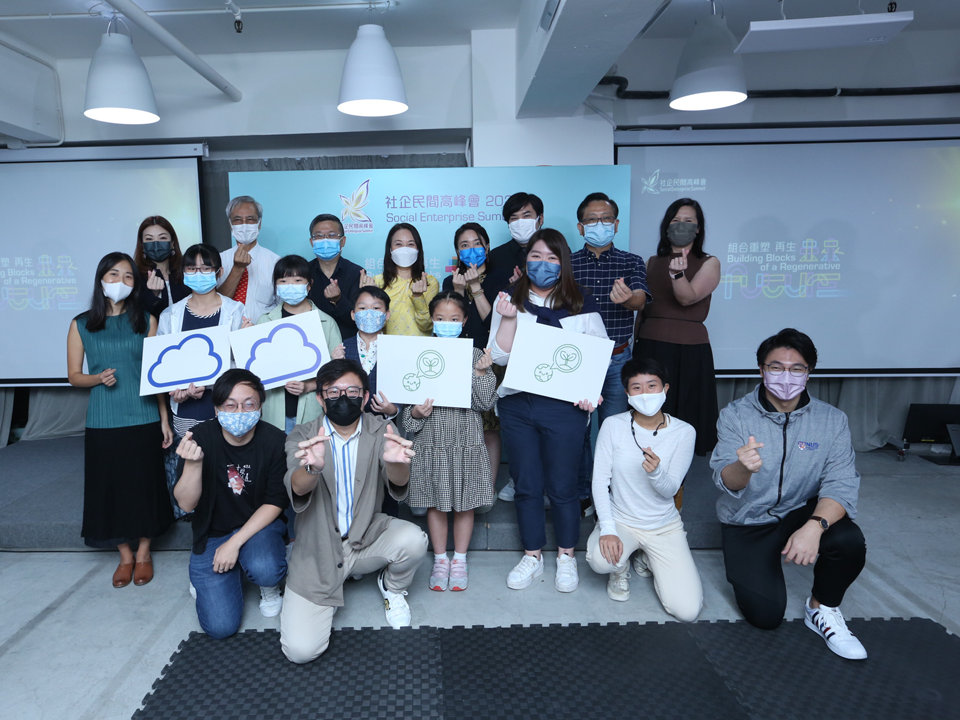 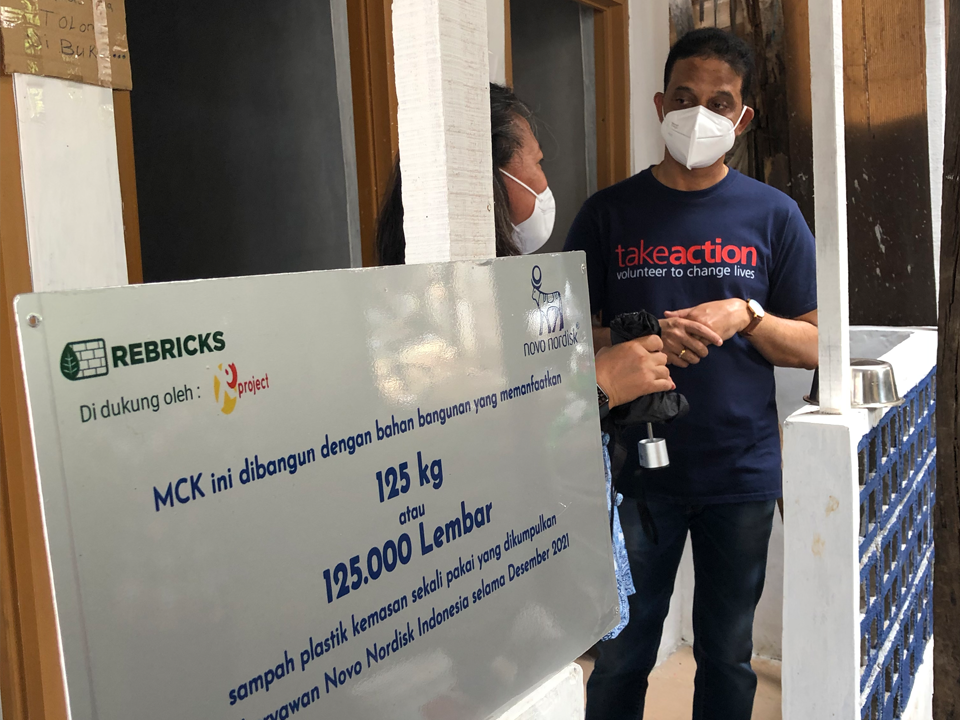 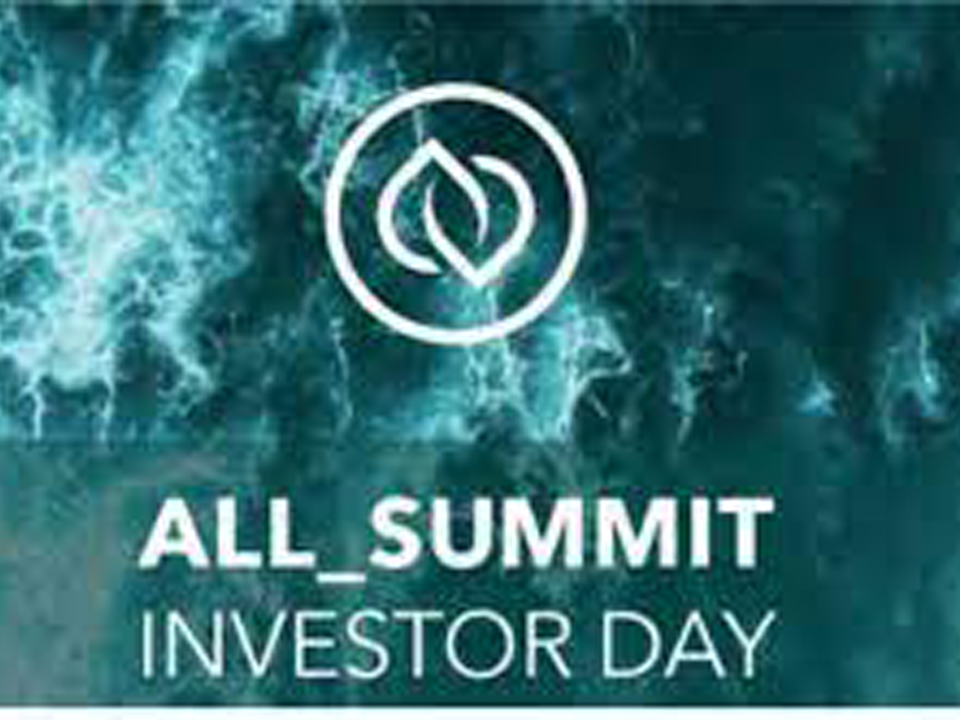 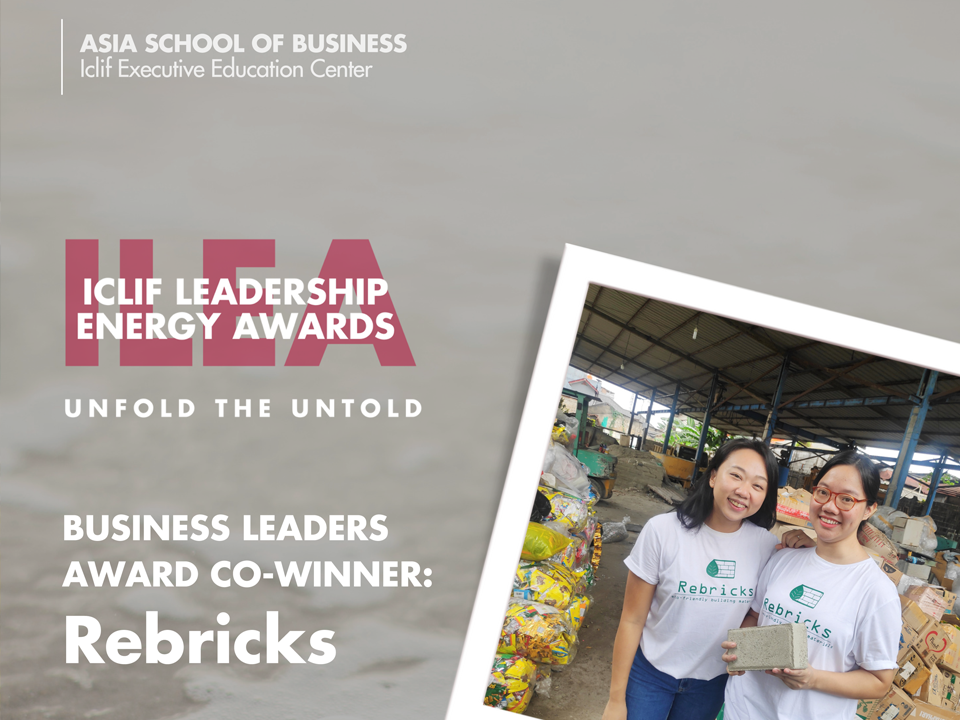 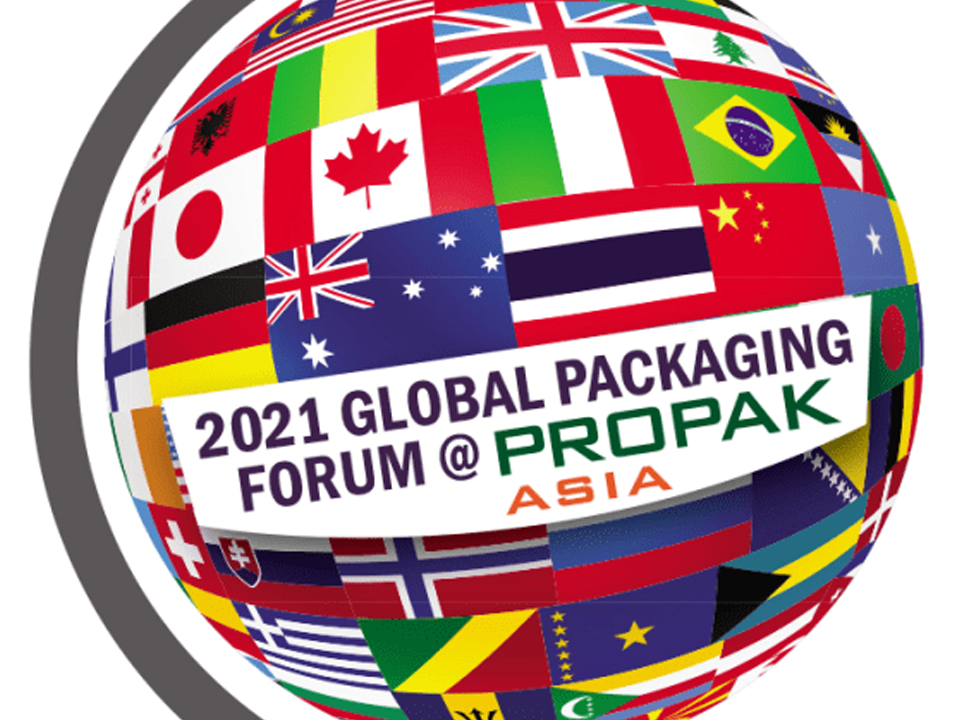